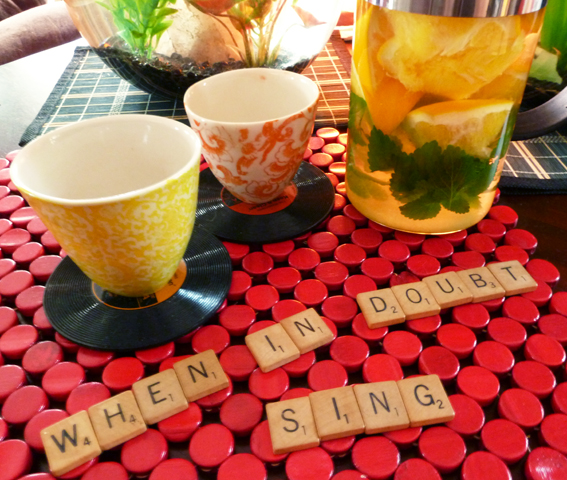 I am delighted to have been requested to cover an amazing artists song “Blessed Be”. The very talented Karl Farren, is a stunning singer and songwriter based Mullumbimby, NSW, Australia.

When I first heard “Blessed Be”, earlier this year, I felt goose bumps run up and down my legs, and tears pricked in my eyes at the bridge. I let Karl know… and a little while later he asked if I’d like to express myself through his music.

Honoured with this opportunity, this is the fruit of my expression.

Many thanks to Karl.

Raised in Dublin on a cultural stew of Irish ballads, his elder sister’s Elvis Presley and Johnny Cash records and sixties and seventies pop music on the radio, Karl’s influences have always been diverse. Having cut his musical teeth in countless informal sessions in Dublin, Karl later played guitar and sang with bands in Dublin and London, playing music ranging from Steely Dan covers to self-styled ‘Pimp Rock’ (this latter occupying a strange netherworld triangulated by Isaac Hayes, The Pixies and The Jon Spencer Blues Explosion).

Since moving to Australia in 1998, Karl has continued to be involved in music. In 2003 his song, Firstborn, featured on the ‘Fatherhood’ compilation (www.fatherhood-cd.org), alongside songs by Paul Kelly, John Butler, Archie Roach and Tex Perkins. Having been nominated for a Dolphin Award (NCEIA) for ‘Saddle Road’ in 2004 and ‘The Fixer’ in 2005, Karl took the Folk category award in 2006 for ‘Pilgrim Song’. ‘The Fixer’ also earned Karl a nomination as a finalist in the Folk category of the 2006 National MusicOz Awards.

‘Betty On The Wireless’, inspired by a story heard on the ABC’s Life Matters, received airplay and Karl was interviewed live on the program in October 2005. A charismatic and engaging live performer, he has been steadily building a loyal local following. Highlights include appearances at the inaugural Fatherhood Festival, where he was invited onstage to sing with Jimmy Little and Archie Roach, and the inaugural Bangalow Pacific Songwriters Festival. He is currently involved in organising and programming the music performances for the 2007 Fatherhood Festival.

Karl is co-founder of the Mullumbimby Folk Club, a monthly non-profit event set up in February 2005 to provide an intimate showcase for original songwriting. Karl is proud to announce the independent release in June 2007 of his debut album, ‘Repentance Creek’. Featuring ten original compositions, the album draws on Karl’s diverse influences, unified by his songwriting craft, his melodic gift and his deep roots in a lyrical tradition. ‘REPENTANCE CREEK’ The debut album by Karl Farren If Tom Waits went bail for Johnny Cash, and together they broke parole, drove all night through the Carolinas, PJ Harvey behind the wheel, Townes Van Zandt and Son House on the radio; ran the border and holed up in a cabin in the Wicklow hills where Elvis Costello helped Nick Drake finally find his sense of humour….this might come close….

This is backwoods soul music: melodic, lyrical and contemporary, yet rooted in an older, mythic soil; a rich and ancient sediment of storytelling and folk memory. Karl threads his bruised tenor voice, alternately warm and honeyed or scuffed and worn as a favourite old leather jacket, through acoustic and resonator guitars, drums, double bass, Hammond, Wurlitzer, fiddle and mandolin. Whether testifying like a revival tent preacher or intimating in a tender falsetto, his finely-crafted songs take you on a journey from the grit of working-class Dublin, through the peat bogs of an Irish glen to the red earth of the Australian bush; from the cool of a back porch in the Appalachians to the funky heat of the Mississippi delta.